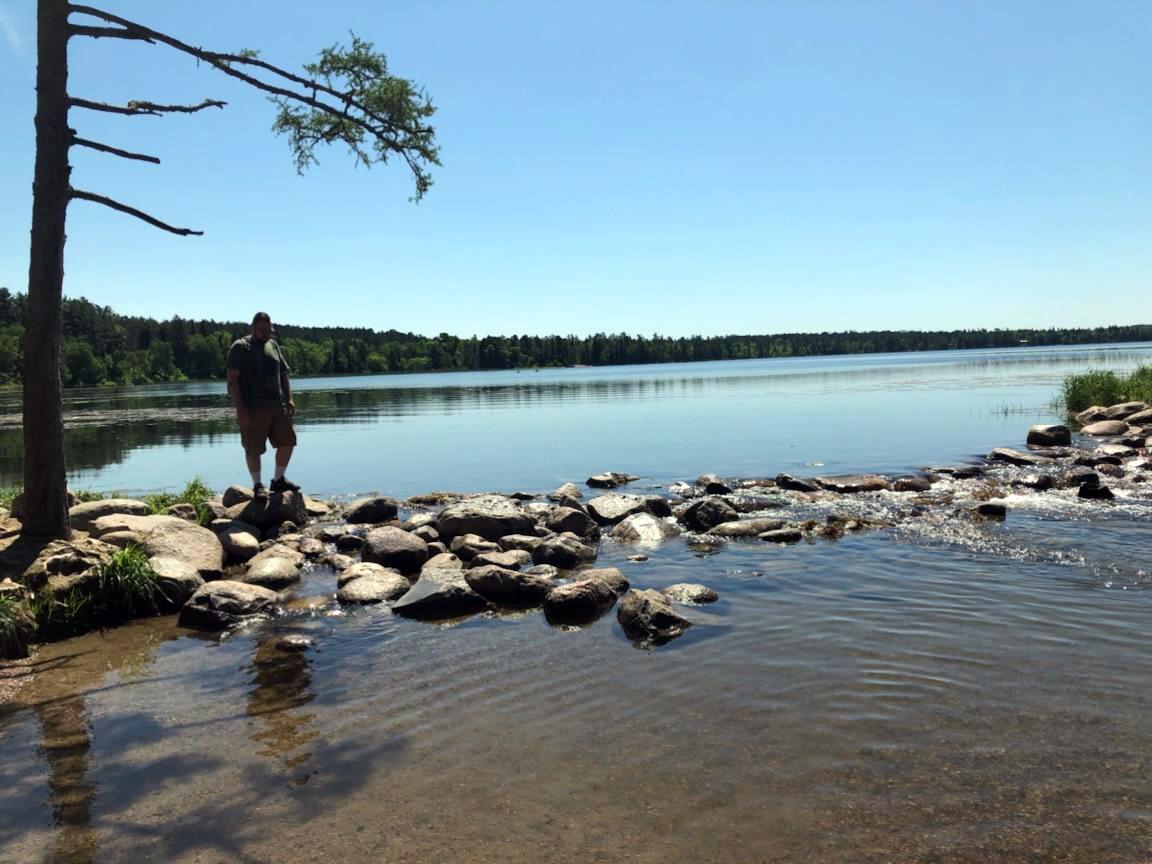 Conservation Corps & the Next Generation of Youth Climate Leadership

The headwaters of the mighty Mississippi River lie near the top of our state in Minnesota's oldest state park. For decades, a trail of stones has led visitors across a gentle stream that marks the start of the river’s winding journey to the Gulf of Mexico. The historic landmark tells the tale of warm summer days filled with visitors snapping pictures, enjoying the freshwater as children skip across the stones and splash in the river. For many Minnesotans, Itasca state park and the headwaters are a special place brimming with memories of childhood, family, and summer camping trips.

In the 1930s, the Civilian Conservation Corps (CCC) constructed those stepping stones and the dam that lies underneath to protect the headwaters. All over Minnesota, there are relics of CCC projects, including structures like the great stone and log cabins in Gooseberry State Park and forest restoration in the second-largest Minnesota State Forest, Beltrami Island. From 1933 to 1942, the CCC had 148 camps with over 77,000 workers along the North Shore and throughout northeastern Minnesota, leaving a historical impact on our dense northern forest and state parks and trails.

As the impacts of climate change grow, program leaders hope to expand the CCC legacy through a new program—the Civilian Climate Corps. With a proposed $30 billion in Build Back Better funding nationwide, this new program could be a game-changer for Minnesota. Funding would allow their current environmental and climate work in the US to expand through a 300,000-strong Civilian Climate Corps. By restoring their capacity to that of the historical CCC program, they hope to inspire a new generation of climate stewards here in Minnesota.

“We have such a rich wealth of natural resources and outdoor amenities here in Minnesota that contribute to our quality of life. We stand to lose a lot of that because of climate change,” says Brian Miller, a Program Director who has spent over 20 years with Conservation Corps.

As Minnesotans, we value our lakes, parks, and trails but climate change is starting to impact the way we enjoy the Great Outdoors. Last summer, wildfire smoke left much of northern Minnesota in a gray haze forcing many to cancel family camping trips due to health concerns. As our ecosystem continues to change, extreme weather conditions like these will become more common.

The Conservation Corps now works with the Department of Natural Resources (DNR) to provide wildfire suppression. In 2021 the Corps spent five times longer than the average season in wildfire response, doing a year's worth of work just in September. “We were pulling crews off of rain gardens and habitat projects to go fight wildfires,” said Miller. With a historic drought and high winds, some Minnesotans had no choice but to leave their cabins and houses to avoid the scorch.

While wildfires will likely become more common due to climate change, the Conservation Corps works to protect communities from climate disasters through prevention projects.

“Most all the work we do has, if not direct, indirect links to climate change. Every year, our programs lead to 75,000 trees being planted. We're doing rain gardens to mitigate stormwater runoff and pollution, but also to stop flood potential.”

With a 30 times expansion of their current budget, the new program would help equip crews to work ahead of climate change.

The original CCC—a work program born out of the New Deal that gave thousands of young men work during the Great Depression—shaped the American landscape and helped protect our natural resources. But places and people were left out of the rebuilding process. Communities of color saw little benefit compared to prominently white neighborhoods, and CCC camps were segregated by race.

Miller sees an opportunity to address these historical inequities through this new program. He is passionate about reshaping the narrative of the Corps by ensuring communities of color have access to the programs and benefits of The Civilian Climate Corps. New funding could highlight the Corps’ current work to increase equity in the outdoors and help build trust within diverse communities.

Shaping Climate Voices for the Future

Miller believes the Corps provides a unique opportunity to equip future climate leaders with a scientific-based approach and climate-centered view of the world. Crew members leave the program with the skills and the contacts to pursue careers in natural resources, but they also go on to Fortune 500 companies, insurance companies, and city planning offices. No matter where their careers take them, their environmental stewardship values will remain.

Investing in the Conservation Corps would allow people like Miller to expand the work they have started and continue to equip young people with the tools they need to make a powerful impact on climate change.

Support for the Build Back Better Act will help Minnesota invest in programs like The Civilian Climate Corps.