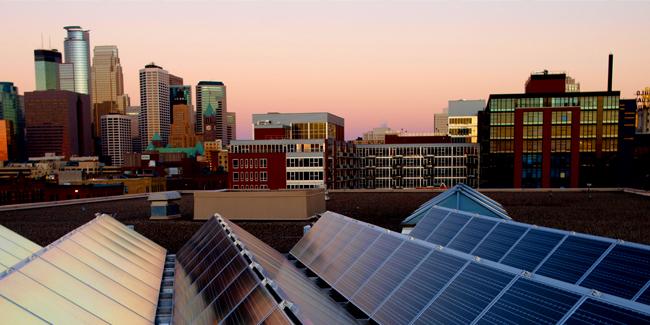 How Minnetonka Is Leading The Way On Solar Power

With spring finally arriving, I’ve been thinking a lot more about the sun in general and solar power in particular. One exciting development I recently learned about is how Minnetonka is leading the way among city governments adopting solar power.

Minnetonka City Council voted in January of 2019 to approve a contract to build additional solar gardens to power the city’s facilities. Solar gardens, sometimes called community solar gardens, are a way for individuals or organizations to get their electricity from solar panels installed in a centralized location rather than on their own properties. Households in Edina, for example, can subscribe to the Edina Community Solar Garden and get their electricity from solar panels located on the city’s Public Works and Park Maintenance Facility roof.

The City of Minnetonka will be getting its electricity from a number of solar gardens through Xcel Energy. This electricity will go toward operating all the city’s buildings, such as the Civic Center and the Minnetonka Ice Arena, and its water systems. It will even go to offset the energy used by the city’s street lights. In fact, Minnetonka will soon be one of the few cities in Minnesota whose electrical consumption is entirely offset by solar generation. For comparison, it would take 350,000 gallons of gas a year to generate that same amount of energy.

Solar power—in addition to being good for the environment—will save the city an estimated $500,000 a year for the next 25 years. That sounds like a win-win to me.