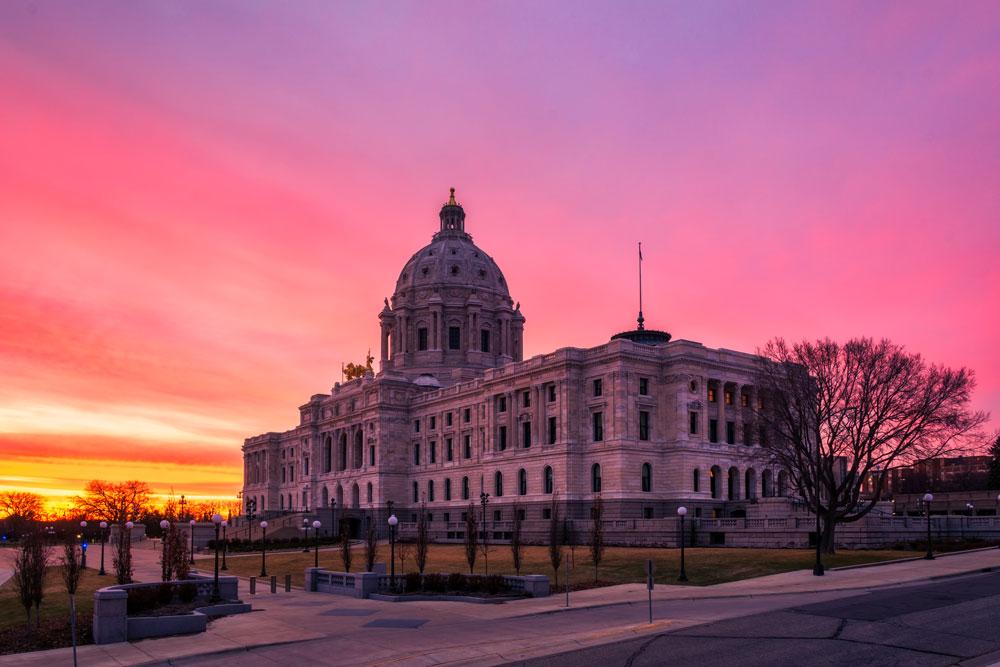 This week, legislators return from their mid-session break to begin negotiating final omnibus bills and a bonding bill. Here’s an update on where the Legislature stands at half-time.

With a $9.25 billion state surplus and $1.15 billion in unspent federal American Rescue Plan Act funds, the State has money to spend this year. In even years, the Legislature is not required to pass a budget, but may pass policy and supplemental budget spending through omnibus bills and often considers a capital investment package (referred to as a bonding bill). For meaningful policy to cross the finish line, there will have to be compromise between the leadership of a Republican caucus that doesn’t want to commit to new investment and a DFL caucus that doesn’t want to commit to large-scale permanent tax cuts. As a result, most environmental priorities face an uphill battle and if they make it across the finish line, they will likely be included in either the bonding bill or one of several large omnibus bills.

As part of a coalition of partners representing labor and municipalities, we are advocating for transformational, bipartisan investments in clean water through water infrastructure. At the center of this effort is legislation to inventory and remove Minnesota’s lead service lines by 2032. In order to pass, this legislation will likely need to be incorporated into the bonding bill.

The Fond du Lac Band of Lake Superior Chippewa has developed a proposal to reintroduce elk in northeast Minnesota. We worked with the Band to introduce a funding bill and it is currently included in the House Environment Omnibus.

Across several omnibus bills, we’re advocating for the most significant possible investment in the fight against climate change. Examples of investments still on the table include:

The constitutional dedication of the state lottery to the Environmental & Natural Resources Trust Fund is set to expire in 2025. We’re working to ensure funding can be renewed through a ballot initiative set for 2024, but first the Legislature needs to approve the reauthorization. This has received enthusiastic bipartisan support from legislators so far.

SCORE grants provide local assistance for recycling and waste reduction programs and are funded by a portion of the revenues from the Solid Waste Management Tax. Currently, 30% of the solid waste tax revenue is diverted to the General Fund, a holdover from previous budget balancing efforts. Even with a historic surplus, it appears only 3% of the diverted funds are likely to be returned to SCORE this year, if passed.

Soil & Water Conservation Districts (SWCD) are vital for conserving soil and water resources on private land. Last year, we supported legislation to increase SWCD funding using local fees. This year, the budget surplus has eliminated the need for establishing these fees. Instead, bipartisan legislation is included in an omnibus bill to distribute $22 million in new state aid for the districts.

A Clean Fuel Standard is a key strategy for decreasing transportation emissions by creating an incentive structure for low- and zero-carbon fuel solutions. Unfortunately, this policy will not pass in 2022, but we will continue to bring action in future legislative sessions.

Harmful provisions included in Senate bills that will require our attention include:

Legislative activity resumed today, April 19th and will continue through May 23rd. This leaves 34 days to reach agreements on supplemental budgeting and a capital investment package. Conservation Minnesota will continue to advocate for key priorities, with the goal of ensuring the inclusion of these priorities in final compromise packages.

If you’d like more information on bill names or committee statuses, check our more in-depth version of the mid-session legislative review.