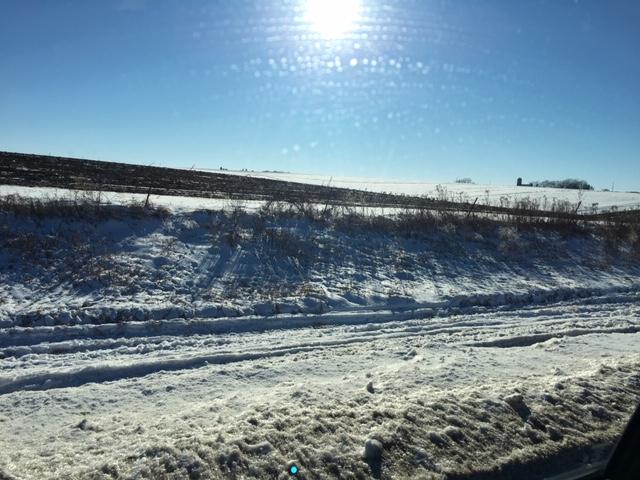 Something Stinks in Southeastern Minnesota

"Something stinks…" I thought as I drove up a hill just southeast of Rochester a couple of weeks ago. And, my nose wasn’t lying to me. Not uncommonly, a farmer had recently spread pig manure on the frozen ground of his field—a swath about 20 feet wide and easily 10 acres long—adjacent to the ditch. I see this a lot down here as I’m driving out into the countryside on my way to one of the area state parks or trout streams, but this time it got under my skin (and in my nose), more than usual.

This egregious example of winter spreading rankled me because I’d seen the forecast for the upcoming week—“wintery mix” with rain likely.Unlike the winters we used to know in Minnesota, this December and January have been especially warm and most of the precipitation we’ve had in southeasternMinnesota has been in the form of rain. Later that week, we had storms come through and multiple days of heavy rain; because the ground was frozen from the colder weather in November, it’s likely that manure was washed directly into the ditch and the farmer got very little if any value to his soil. I find it hard to believe he hadn’t seen the forecast and come to this conclusion, himself.

Winter spreading is becoming increasingly common as livestock farm sizes are growing due to consolidation and other economic factors. With so much excess waste and nowhere to store it, crop farmers are taking advantage of the surplus year-round. But, the costs to local watersheds cannot be ignored. The risk in a normal winter is one thing—spreading occurs on frozen ground that’s covered with snow and in the spring, the thaw sends into the ditches and streams what the ground can’t absorb. But, in a winter like the one we’re having now with no snow and heavy rains, the frozen ground isn’t thawing and can’t absorb even a fraction of what’s been spread. So, straight into the ditches it goes with no vegetation to provide a filter and eventually it’s contaminating our world-class trout streams and our drinking water.

I understand that times are tough for farmers. Tariffs, crop price uncertainty and generational struggles are just a few of the concerns farmers are going to bed with every night. But, pretending that our climate isn’t different and much less predictable than it used to be is just foolish. The Minnesota Pollution Control Agency released a report in December citing significant concerns about the safety of the drinking water in southeastern Minnesota, in part because of the unique karst geology and how much more vulnerable it is to nitrates from fertilizers in the agricultural-heavy region. With that in mind and because what we put on the land affects our neighbors, shouldn’t common-sense be applied as liberally as the fertilizer itself when it comes to when and where to spread?

For more information, please contact Anna Richey at anna@conservationminnesota.org or 507.261.0011.