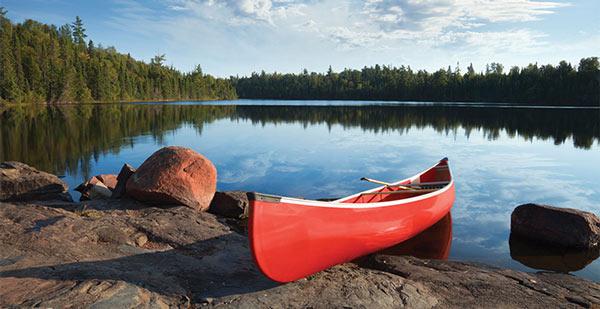 At Conservation Minnesota, our work is to protect the Minnesota we all love, which sometimes means focusing on conservation issues at the federal level. This is the case with the Land & Water Conservation Fund (LWCF).

The LWCF was created by Congress over 50 years ago to safeguard natural areas, water resources, and our cultural heritage, and to provide outdoor recreation opportunities to Americans in all 50 states. To date, the LWCF has invested $245 million into Minnesota’s Great Outdoors, creating backyard parks, working forests, and increasing access to public lands. LWCF is supported entirely by royalties from offshore oil and gas extraction and no taxpayer dollars are used. However, LWCF was set to expire this past year and Conservation Minnesota and the broader conservation community has been working to champion permanent reauthorization and full funding.

Conservation Minnesota members have been fighting to protect the LWCF throughout its journey. Letter writing parties were coordinated and over 2,000 messages were sent to Minnesota’s Congressional delegation. When the LWCF lapsed due to inaction in September 2018, members spoke up. In February 2019, when the issue was being debated in Congress, you took to the phones and sent emails. And in March 2019, permanent reauthorization was passed—a huge victory for the LWCF! Minnesota’s 4th district Congresswoman Betty McCollum and Senator Tina Smith played important roles in securing this permanent reauthorization.

However, the reauthorization did not guarantee full annual funding and the President’s administration has proposed a 95% cut to LWCF appropriations. Fortunately, Congresswoman Betty McCollum chairs the House Interior and Environment Appropriations Subcommittee, which is working to include $524 million for LWCF in the next fiscal year.

Minnesota will see the benefits from a fully funded LWCF. One of the largest projects in this funding cycle is a proposal to allow the National Forest Service to purchase Minnesota School Trust lands found within the BWCA. This purchase will expand outdoor recreational opportunities near the BWCA and improve land management in one of Minnesota’s favorite places. We will continue to monitor the LWCF’s progress and let our members know when we need your help to ensure success for this important program.